Have you ever wondered why the human body looks the way it does? Why our hands have five fingers instead of six? Why we walk on two legs instead of four?

It took more than 350 million years for the human body to take shape. How did it become the complicated, quirky, amazing machine it is today?

Your Inner Fish delves deep into the past to answer these questions. The three-part series, which premiered April 9. 2014, reveals a startling truth: Hidden within the human body is a story of life on Earth.

That's because the evolution of humans can be traced into the distant past, to the earliest forms of vertebrate life on land and even to the earliest forms of life on Earth. Each of us carries the genetic imprint of creatures that lived hundreds of millions of years ago. From them, we inherited our most remarkable features — as well as quirks like bad backs and hernias.

The series is full of revelations that will surprise many viewers. Among the key insights: Our hands evolved from the fins of prehistoric fish. Our skin, hair and teeth can be traced to early reptiles. And our remarkable color vision is a legacy from ancient primates.

Based on a best-selling book by paleobiologist Neil Shubin, this scientific adventure story takes viewers from Ethiopia to the Arctic Circle on a hunt for the many ways that our animal ancestors shaped our anatomical destiny. Shubin has spent much of his life studying our ancient ancestors — searching for the deep pedigree of Homo sapiens. Using both the fossil record and DNA evidence, he traces various parts of our body's structure to creatures that lived long, long ago. Along the way, he makes it clear that we can thank our fishy origins for many human characteristics.

Endowed not just with scientific expertise, but also with natural wit and a talent for storytelling, Shubin puts all these discoveries in context. He travels from fossil-hunting expeditions in the Arctic to the deserts of Ethiopia and to the high plains of South Africa. And he reveals insights from scientists who have identified genes that we still have in common with distant forebears. He weaves together this information from past and present to demonstrate that we humans have a lot more in common than you might think with monkeys, reptiles and even fish.

The series is both an epic saga and a modern-day detective story — by turns surprising, funny and deeply profound. Come face-to-face with your "inner fish" in this completely new take on the human body. After seeing the world through Neil Shubin's eyes, you'll never look at yourself in quite the same way again!

"Your Inner Fish" connects our limbs, necks and lungs to a fish with limbs that crawled onto land 375 million years ago. 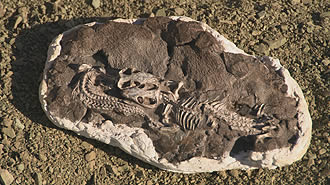 "Your Inner Reptile" traces our hair, skin, teeth, jaws and sense of hearing back to reptilian ancestors — from ferocious beasts that ruled the Earth to a little shrew-like animal that lived 195 million years ago. 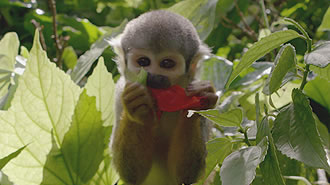 "Your Inner Monkey" tracks our hands, feet, color vision, spine and upright gait to our primate and hominid progenitors, who also passed on perhaps the most important legacy of all: a path to the human brain.